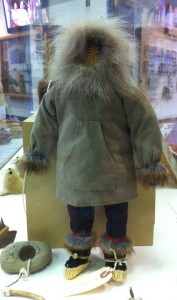 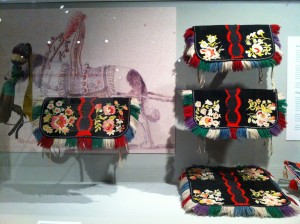 While most are quick to associate Alaska with the North Pole, grizzly bears, or its controversial former governor, Sarah Palin, it actually harbors so much more as I discovered on a trip to Alaska’s Kenai Peninsula this October.

I originally wanted to go hiking and pretend a bit that I was Chris McCandless from Jon Krakauer’s Into the Wild while maintaining my creature comforts, but the locals discouraged me from doing so due to the bears. Don’t dare to go hiking alone and without pepper spray and/or a gun, I was warned.

So instead, I decided to explore the Kenai Peninsula in a rental car and try to learn as much as I could within a week about the state’s history and people, especially its native populations – Alaska’s “original Asian Americans” as one could call them. Alaska’s original inhabitants, it is commonly believed, had crossed the Bering land bridge to the North American continent from Asia thousands of years ago.

For those interested in Alaska’s native peoples, Kenai’s Visitor and Cultural Center in downtown Kenai and the Anchorage Museum are worth their weight in gold. Kenai’s Visitor Center features a collection of artifacts from Kenai’s Russian and Dena’ina past – the Dena’ina are Athabascan native Americans who live on the Kenai Peninsula and whose traditional livelihoods depended on fishing and hunting.

At Kenai’s Visitor Center, my favorite artifacts were a beautiful blood-red Dena’ina bag made out of bear intestine and a beaded moose hide jacket with mukluks (boots). The center also features several films on the Dena’ina way of life (language, medicine, cuisine, etc.).

According to one film shown at Kenai’s Visitor Center, it was only until recently that local native populations were still discriminated against in schools with spitting and name-calling. Another film showed how today’s Dena’ina were highly adaptable, ingeniously combining traditional skills with modern technology.

Another film yet introduced the Dena’ina language as being one of the most grammatically complex. It was only in the 1970’s that efforts started to preserve this language, thanks in part to the Dena’ina elder Peter Kalifornsky.

Another valuable resource is the Anchorage Museum, which is holding the first major exhibit ever presented about the Dena’ina people: “The Dena’ina Way of Living” or “Dena’inaq’ Huch’ulyeshi,” which runs from Sept. 15, 2013 to Jan. 12, 2014. Over 160 artifacts on loan from museums across Europe and North America are on display: a counting chord, which the Dena’ina used as a type of calendar (with a bit of imagination similar in appearance to a Catholic rosary); a caribou antler war club; a gorgeous man’s tunic made out of caribou hide, porcupine quills, fur and feathers; and a horn bowl collected during the 1778 expedition of Captain James Cook (Dena’ina artifacts collected during Cook’s expedition are the oldest known artifacts from this people).

The Dena’ina wasted nothing, and today’s “disposable society” can learn a lot from them. The exhibit also featured a reconstructed house where one could listen to audio recordings of traditional Dena’ina tales and a moose mock-up which allowed visitors to press buttons on the moose’s body parts and listen to the Dena’ina terms for them.

According to the exhibit, the Dena’ina lived mostly independently next to Alaska’s white settlers during the late nineteenth and early twentieth centuries, even combining native and Christian beliefs and practices. Tragically, they had become a minority in their own homeland by 1920 as their hunting and fishing grounds were depleted and the white settlers took over.

Indeed, many Caucasian homesteaders would come to Alaska – I met one myself, a soil engineer turned gold miner who now resides in Hope, Alaska, which used to be a gold mining town. This particular gold miner introduced himself to me as “Wild Bill.” I was intrigued by the fact that full-time “gold miners” still exist today.

In the hall next to Anchorage Museum’s Dena’ina exhibit I met a young Dena’ina woman who was deftly fashioning delicate earrings out of birch bark and beads while answering visitors’ questions about the exhibit. I chatted a bit with her and learned that she was half Dena’ina and half of Caucasian descent (German, Scottish and Irish) and sold some of her jewelry at craft fairs.

I asked her about discrimination. “Discrimination is not as prevalent as it used to be,” she replied. Yet she added that sadly, prejudice was still common, as some native Americans are still widely associated with homelessness and alcoholism.

She told me she spoke some of the Dena’ina language, but wasn’t fluent. Her mother, a Dena’ina, also wasn’t fluent, and had been discouraged from using her native language at her boarding school, which was not unusual.

“We have less than a 100 native speakers left,” the young Dena’ina woman told me. “It’s scary.” (The University of Alaska, Fairbanks website not too long ago estimated the Dena’ina speakers at a mere 50 out of a total population of 1000).

I would also discover that some of Alaska’s non-natives had a symbiotic relationship with their native American neighbors. For example, I visited a Caucasian artist in his studio near Kenai city. This artist used native elements in his lithographs and had created a collage titled The Shaman. The collage was a sort of tribute to Alaska’s native population, and the artist had used natural materials such as ravens’ wings and animal bones to create his work.

In the city of Seward, also known as Alaska’s “Mural Capital,” the locals had captured some of the native lore in several murals that can be seen around the city – for example, I saw a mural depicting the “Fog Woman” legend, a nod to Alaska’s original inhabitants.

On my trip, I met another member of Alaska’s native population, a humorous Yup’ik Eskimo called “Father Thomas.” Father Thomas is the priest of a Russian Orthodox church in downtown Kenai and has obviously assimilated himself to Christianity to such an extent that he is the head of a small parish.

Father Thomas showed me around the small church filled with icons which bore witness to Kenai’s Russian past. Even though Father Thomas very rarely leaves his parish, he welcomes visitors from all over the world and has learned some German and French phrases with which he can charm his visitors.

I felt very privileged to have learned more about Alaska’s original inhabitants on my trip – be it through museum exhibits, meeting some of them in person, or catching some glimpses of native features in some of the silhouettes I saw – be it the shape of an eye or nose or the texture of someone’s hair.

The Dena’ina and other native peoples are still very much a presence in Alaska. As the Anchorage Museum’s special exhibits curator, himself a Dena’ina, said on the museum website about the Dena’ina exhibit, “We are still here. This is how we live. This is what we value.”