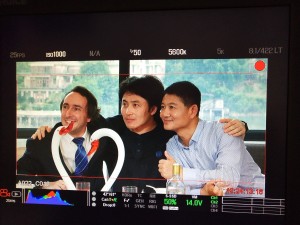 This story originally appeared in Beijing Review on August 23, 2018

This summer I had the pleasure of visiting the city of Quzhou, Zhejiang Province, to watch my Chinese boyfriend act in 古城球缘  (Gu Cheng Qiu Yuan, or Les As de la Petanque). Zhejiang Province is a well-known place for Chinese movie-making, and home to Hengdian, China’s Hollywood.

The movie is about a French sports teacher called Anthony who comes to a local Quzhou school as part of an exchange program. During his stint at the school, he befriends the local Chinese staff, among them a Chinese sports teacher called Jackie, played by my boyfriend. Anthony introduces the French sport of petanque to Jackie and the whole school and excites his Chinese hosts about the sport, which involves throwing metal balls toward a target ball on a court. 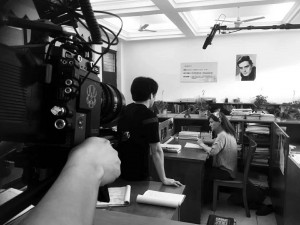 The film is a comedy about East-meets-West, intercultural friendship that is fostered through sports. Despite initial slip-ups and cross-cultural misunderstandings, Anthony eventually forges close ties to the local Chinese community.

Filming locations included the Quzhou No. 2 High School, the Quzhou Confucius Temple, where Anthony’s new Chinese friends introduce him to local culture, and a local restaurant, where Anthony struggles with chopsticks and Chinese toasting habits and has a hard time trying a Quzhou specialty, duck’s head. The movie also contains references to popular French actors and the French people’s proverbial love of romance. 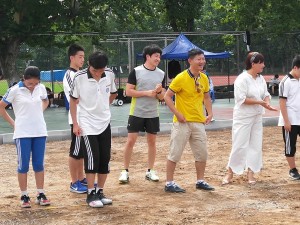 On the petanque field