Yet O’Shea has lived in China for about three decades and looks back at a successful career as a radio host on China Radio International’s Joy FM program in Beijing from 1996 to 2007. It was O’Shea who created the program’s slogan “Ni hao are you?” that still excites former fans.

O’Shea first came to Beijing to co-host the Joy FM program and had done radio and TV broadcasting in Hong Kong for many years before moving to Shanghai and Beijing.

“I’m amazed that millions in China still remember it, even though that kind of radio is on the decline. It was a special relationship for a generation,” O’Shea told Xinhua in an interview. 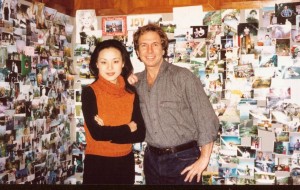 Next to his radio career, O’Shea is known to have had a special relationship with the Chinese travel writer and novelist San Mao. O’Shea said they enjoyed a friendship-turned-romance before San Mao’s tragic death in 1991. END_OF_DOCUMENT_TOKEN_TO_BE_REPLACED

This January I played the part of “Mom” in a short movie called “I’m spending Spring Festival in China.” The dialogue was almost exclusively in English. It’s about a Western family consisting of Mom (me), her 20-year-old daughter Meghan, played by a vivacious Australian intern of the company who was producing the film, Dad, played by a Russian who had no lines, and Grandpa, played by a talented Canadian. 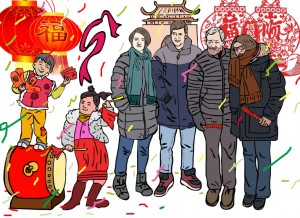 The plot was: Meghan gets a scholarship to study in China and is worried about going since she has heard negative things about China, but is encouraged by Mom and Grandpa to go. Upon arriving in China, she discovers that those negative things are mostly exaggerated and ends us enjoying her time in China and its contemporary and traditional charm (the modern Beijing airport, using a taxi-hailing app, shared bikes, cupping). While Meghan is celebrating Spring Festival with a Chinese girlfriend, she Skypes her family back home. END_OF_DOCUMENT_TOKEN_TO_BE_REPLACED