With February 8 marking the start of the lunar new year, also called Spring Festival, in 2016, Beijing has been seeing a lot of action lately. The Chinese festival marks the world’s largest annual human migration. Days before the actual festival, many Chinese were either leaving Beijing or arriving to celebrate with family.  This is called the 春运 (spring travel, or transport). 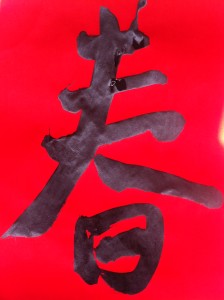 Days before this year’s Chinese Spring Festival, the Chinese started to get into the spirit of the Year of the Monkey. Every year is dedicated to one of the twelve signs of the Chinese zodiac, in a twelve-year cycle. 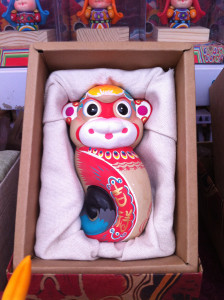 Shops were starting to sell 对联 (pair of lines of verse written vertically down the sides of a doorway), signs with the character 福 on it (“blessing”), and decorations featuring monkeys ‒ so, there was literally lots of “monkey business” going on.  Monkey stuffed animals were popping up everywhere, in shops, at markets and on the subway. People were taking selfies with monkey dolls or showing off their monkey doll collections online. In fact, several days before the Spring Festival, I encountered several passengers in a subway carriage carrying identical monkey stuffed animals. The toys may have been handed out as part of a promotion.

Door of my hutong house decorated with 对联 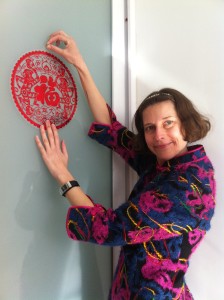 What’s more, posters went up, forbidding the lighting of fireworks. Parks were being decorated for the temple fairs, and so were houses and office buildings. Red lanterns were festooning doorways. END_OF_DOCUMENT_TOKEN_TO_BE_REPLACED