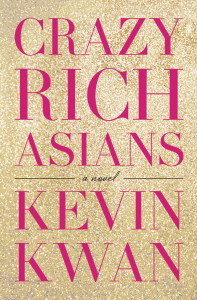 When American-born Chinese (ABC) Rachel Chu is invited by her boyfriend Nick Young to visit his family in Singapore for the summer, Rachel is delighted, believing that rest and relaxation await her under the palm trees. However, little does Rachel know that Nick belongs to one of Asia’s richest families, “whose lives revolve around making money, spending money, flaunting money, comparing money, hiding money, controlling others with money, and ruining their lives over money.” His family’s wealth makes Nick one of Asia’s most sought-after bachelors, and once Rachel and Nick’s plane departs New York City for Singapore, the ruthless hunt among Asia’s bachelorettes is on to steal Nick from Rachel and become “Mrs. Nicholas Young.” END_OF_DOCUMENT_TOKEN_TO_BE_REPLACED 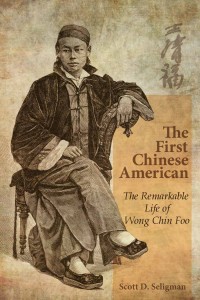 Think Frank Abagnale’s life in Catch Me If You Can is exciting, full of shape-shifting, danger, suspense and a sprinkling of romance? Then compare Wong Chin Foo’s life.

Wong Chin Foo (1847-1898) was a real man with the flair of a Chinese American trickster hero, and he is brought back to life in Scott D. Seligman’s new book The First Chinese American: The Remarkable Life of Wong Chin Foo (Hong Kong University Press, 2013). END_OF_DOCUMENT_TOKEN_TO_BE_REPLACED 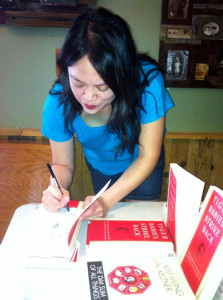 Those of us who are caught in the clutches of a Tiger Mother (think Amy Chua) may want to trade their mother in for a more playful model. Enter Kim Wong Keltner – a mom who wears a stylish apron with hot-pink trim, schedules playdates instead of piano lessons and, most importantly, doesn’t force-feed you caviar, go berserk over an occasional B, or threaten to burn your stuffed animals.

In her newest book Tiger Babies Strike Back: How I Was Raised by a Tiger Mom but Could Not Be Turned to the Dark Side (William Morrow, 2013), Keltner, a Chinese American, reveals how she was the product of rigorous, Asian-style parenting but decided that “smothering mothering” wouldn’t cut it when it came to raising her own daughter, Lucy. END_OF_DOCUMENT_TOKEN_TO_BE_REPLACED 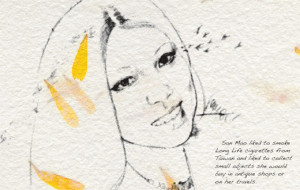 If you are Chinese or living in China, chances are you may have heard of San Mao (also known as Chen Maoping, 1943-1991). The writer has become somewhat of a legend in the country.

There are facts about her of course, but in many respects she remains an elusive figure to this day in part because of her untimely death. San Mao would have turned 70 years old tomorrow (March 26, 2013).

Many know that San Mao is famous for her books that are based on her travel experiences in Africa, the Canary Islands, and Central and South America. Many have also heard of her most famous work, The Stories of the Sahara (1976), and that she was married to a Spaniard called Jose Maria Quero Y Ruiz, whose life came to a tragic end when he drowned in a diving accident.

But how many know that the last love of San Mao’s life was a popular American radio host in China called Rick O’Shea? And that she was even considering marrying him? And that he still lives in Beijing? END_OF_DOCUMENT_TOKEN_TO_BE_REPLACED 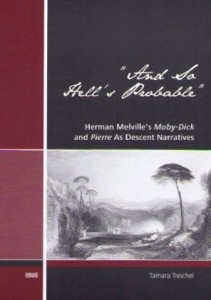 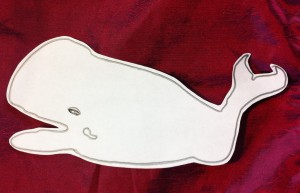 “I do deem it now a most meaning thing, that that old Greek, Prometheus, who made men, they say, should have been a blacksmith, and animated them with fire; for what’s made in fire must properly belong to fire; and so hell’s probable,” Captain Ahab muses in Herman Melville’s Moby-Dick (ch. 108). This is exactly what this work proposes: Hell is probable in Melville’s classic whaling novel (1851) as well as in his succeeding novel, Pierre (1852). The descent into hell, or katabasis, is an archetypal motif in tales worldwide. It therefore comes as no surprise that Melville, one of America’s greatest and most productive writers, made extensive use of this motif in his works. However, it is stunning that despite the cornucopia of studies on Melville, this motif has remained largely unrecognized by scholars. And this regarding an author who professed his faith in the Calvinistic “power of blackness” and lived in perpetual fear of hellfire! In a rhapsodic manner, this New England writer stitched together his gloom and doom descent narratives. As this work discloses, his muses were none other than Homer, Virgil, Dante, and Milton. Next to Melville’s sources for his descent narratives, this monograph also examines the figure of the descender, his purpose, his helpers and foes, and the destination of his underworld journey. Finally, it places Melville, a misunderstood maverick, and his apocalyptic descent narratives in the context of America’s nineteenth-century Transcendentalism, industrialism and capitalism, Jacksonianism, and the frontier.

Order it online at: http://www.wvttrier.de/